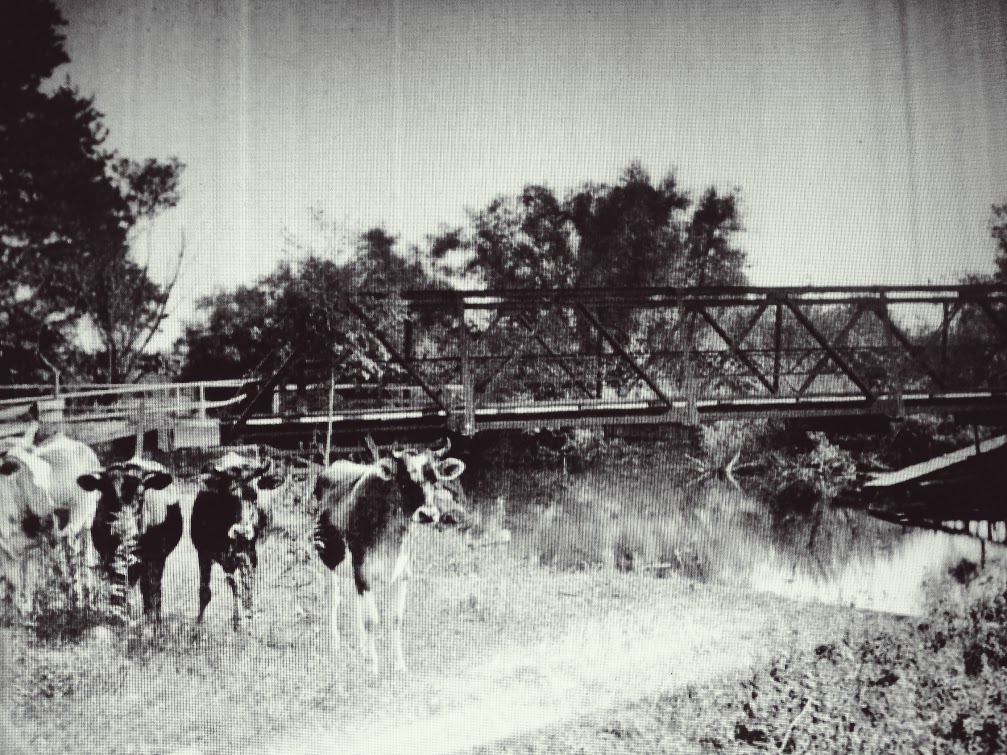 The  gates to Whitehall, the estate of Alain and May White. The four mile mark of the Litchfield Hills Road Race is just beyond these gates.

Passing the third mile marker, runners enter into the forests of the White Memorial Foundation. This was the brainchild of Alain and May White, siblings and children of John Jay White, a New York real estate tycoon who relocated his family to Litchfield following the New York City Draft Riots in the Civil War. The next post in this series will focus on the Whites and their home. As runners enjoy the solitude of the woods along Bissell and Whitehall Roads, let’s focus on their philanthropic endeavors.

An early 20th century view of a scene across from the current White Memorial Visitor Center.

It began simply when Alain was fishing in the Bantam River with his friend William Mitchell Van Winkle in 1908. White commented, “Wouldn’t it be wonderful to preserve this river, lake and countryside as we see it now?” With May, he would devote nearly the next half century to acquiring additional lands for a preserve dedicated to the memory of their parents. The Whites’ goal was not simply to allow nature to run its course on these lands. Rather, as historian Rachel Carley notes, they hoped to “make shoreline available for youth camps, simple vacation home and convalescent retreats” This, then, was practical conservationism.

A LHRR runner in the White Memorial section of the race. (Courtesy scottlivingston.wordpress.com)

Runners rightly best remember them today for their remarkable contribution of a 4,000-acre backyard for Litchfield, a refuge not only for runners and animals but for hikers, bikers, birders, and kayakers.