On the southeast corner of the middle section of the Litchfield Green stands a stone marker with an engraved bronze plaque.  It reads:

Has been designated a

Under the provisions of the

In commemorating or illustrating

The history of the United States

United States Department of the Interior

The United States government maintains a National Register of Historic Places identifying structures or locales significant in our nation’s history.  There are more than 85,000 places on this list.  Of those, only 2,430 have been designated as National Historical Landmarks.  These sites have been so recognized because they have been identified as possessing national-level historic significance.  Applications for such designation must meet one of six criteria:

·  Icons of ideals that shaped the nation;

·  Outstanding examples of design or construction;

·  Places characterizing a way of life; or 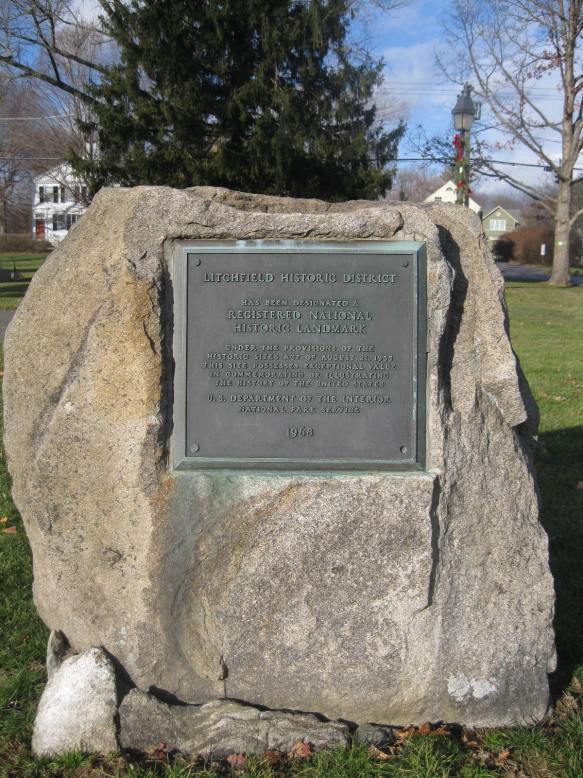 In the application for designation as a National Historic Landmark in 1967, Charles W. Snell wrote that “Litchfield is probably New England’s finest surviving example of a typical late 18th century New England town.”  He especially tied the district’s significance to the fifteen frame houses from the late 1700s and the three from the period 1800-1828 that still stood in the center of town. 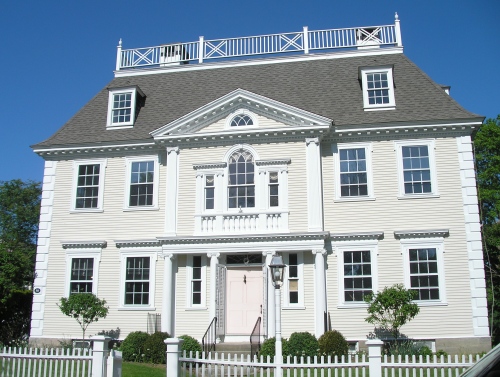 Snell further established that several of these houses were designed by William Sprat, a British architect turned soldier who was captured at Saratoga and who, as a prisoner of war, was brought to Connecticut.  He remained in the state after the war, renewing his architectural career.  Sprat was well known for his Late Georgian style, typified in Litchfield by the Julius Deming house and the Sheldon Tavern.

The Litchfield Historic District is defined by the National Park Service as including the east and west sides of North and South Streets to the rear property line, running from Prospect Street on the north to Gallows Lane on the south.  It also includes the building fronting the northeast side of the green, those structures from the Congregational Church to North Street.  In total, the district comprises about 20 acres. 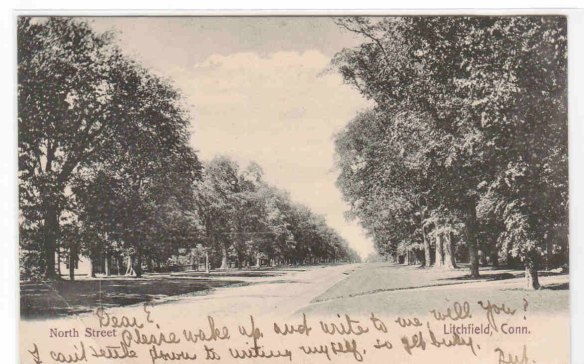 Architectural features were not the only feature of the town that impressed the National Park Service, who in their designation noted “the great elms which now form a broad and beautiful archway over North and South street.”  Thanks in part to this designation, 21st century residents and visitors see parts of Litchfield through in much the same way as those who lived here two hundred years ago.

Connecticut Highway Department marker near the Gooseboro drive-in in Bantam.

There are among the most ubiquitous markers on our man-made landscape.  Usually between twelve and eighteen inches high, they are simple stone blocks engraved with the initials “CHD.”

A Connecticut Highway Department marker alongside Route 4 by the Torrington Country Club,

“CHD” stands for the Connecticut Highway Department, a state agency that was incorporated into the Department of Transportation in 1969.  At one time, however, it was responsible for the construction and maintenance of all state roads. 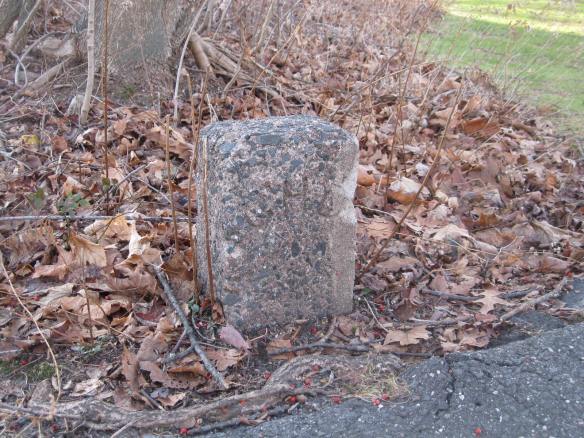 A Connecticut Highway Department marker abuts the sidewalk on the west side of South Street in Litchfield.

The Connecticut Highway Department began preparing highway boundary maps in 1926; much of the work was completed by the Works Progress Administartion during the Great Depression.  These maps were done in accordance with a statue passed in 1925 that required that the “Highway Commissioner … mark such boundary limits by a uniform and distinctive type of marker.”  The stone “CHD” markers satisfy this requirement. 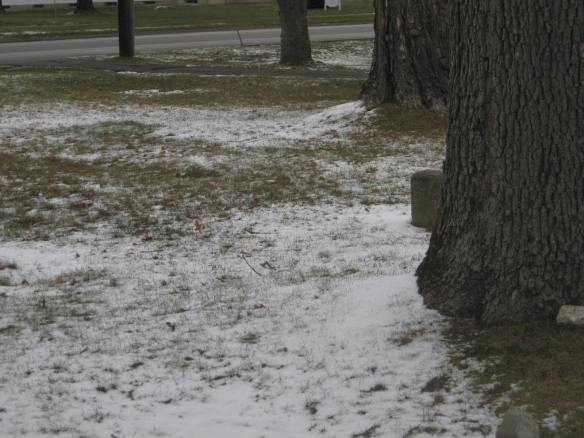 Three Connecticut Highway Markers denote the right of way to widen the turn along the northeast corner between the middle and eastern sections of the Litchfield Green. One marker is visible at the extreme right of the photo; a second is partially hidden by the tree at the front right; the third is visible between the telephone pole and tree in the background.

The highway department was originally created specifically to build highways.  By 1923, however, its tasks had expanded to eliminating dangerous conditions on roads, improving the roadsides, installing proper warning signs, removing snow and ice from the highways, and – pertinent to these markers – establishing boundary lines alongside the highways and securing the rights of way for the purpose of widening and straightening roads.

To oversee these last two tasks, the Connecticut Highway Department created the Bureau of Highway Boundaries and Rights of Way.  The bureau had three major tasks:  land titles, boundary surveys, and right of way purchases.  When it was determined that a new road needed to be built, the bureau conducted a title search, acquired the property and was charged with “properly marking the boundaries of all state roads” (Forty Years of Highway Development in Connecticut, 16).  The result of this, of course, are the thousands of stone markers that dot Connecticut roadsides.

The stone “CHD” markers have interesting stories to tell to those explorers willing to look into them.  The “CHD” marker above is on Prospect Street, a town road, not a state road,  However, a look at an old map shows that this was once the site of “Wolcott Road.”  While this road was subsequently closed, the right-of-way is still maintained by the state.

These stone markers are a thing of the past, however.  Today, the Connecticut Department of Transportation marks its property flush to the ground, with bronze discs engraved with “CTDOT.”