One of Litchfield’s newest markers (along with the War on Terror monument on the green) was dedicated in September 2016. It commemorates the dedication of a stained glass window in the north side of the Litchfield Historical Society. 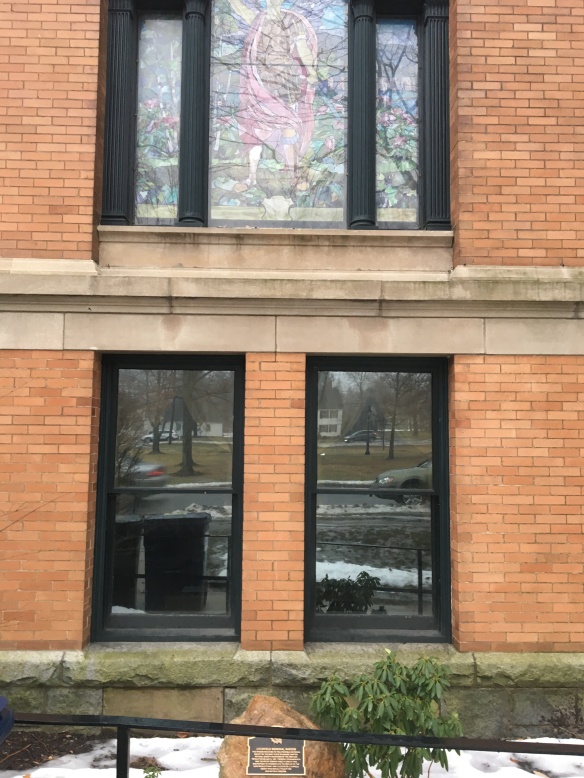 The window was dedicated in 1907 by the Mary Floyd Tallmadge Chapter of the Daughters of the American Revolution as a memorial to the more than 3,000 men from Litchfield County who served in the War for Independence. For more on the service of these men, click here.

The Mary Floyd Tallmadge Chapter was founded as an independent branch of the DAR in 1899. Prior to that, it had existed as an adjunct of the Judea (Washington) Chapter. Elizabeth Barney Buel, the first regent of the chapter, spearheaded the effort to place a memorial stained glass window in the Noyes Memorial Building, which at the time housed both the historical society and the town’s library. It required considerable fund raising, both for the execution and installation and for the services of artist Frederic Crowninshield, who was president of the Fine Arts Federation and former instructor at Boston’s Museum of Fine Arts School of Drawing and Painting. Crowninshield is perhaps best known for his stained glass window Emmanuel’s Land , depicting a scene from Pilgrim’s Progress, in Boston’s Emmanuel Episcopal Church. 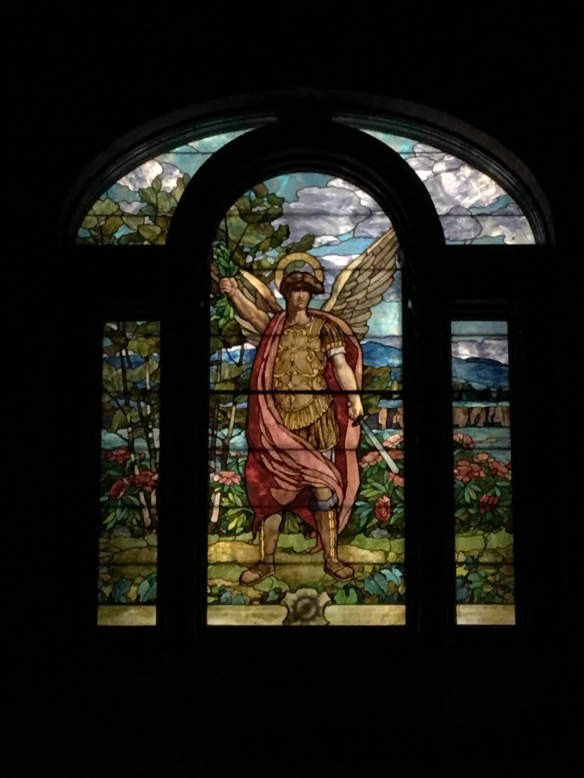 Crowninshield’s design for Litchfield depicts a young man with a sword in his right hand and a laurel branch in his left, symbolic of victory in the war. The full beauty of the artist’s design is visible when the window is illuminated at night.

The Noyes Memorial Building, Litchfield Historical Society. The Revolutionary War Soldiers Memorial Window is at the far right of this picture.

In 1964, the library moved from the Noyes Memorial Building (named for Julia Tallmadge Noyes, a granddaughter of Mary Floyd Tallmadge) to its current location in the former home of Oliver Wolcott, Jr. This allowed for the Litchfield Historical Society to occupy the entire building on the corner of South and East Streets, where the young man with drawn sword in the window can guard the town’s history.