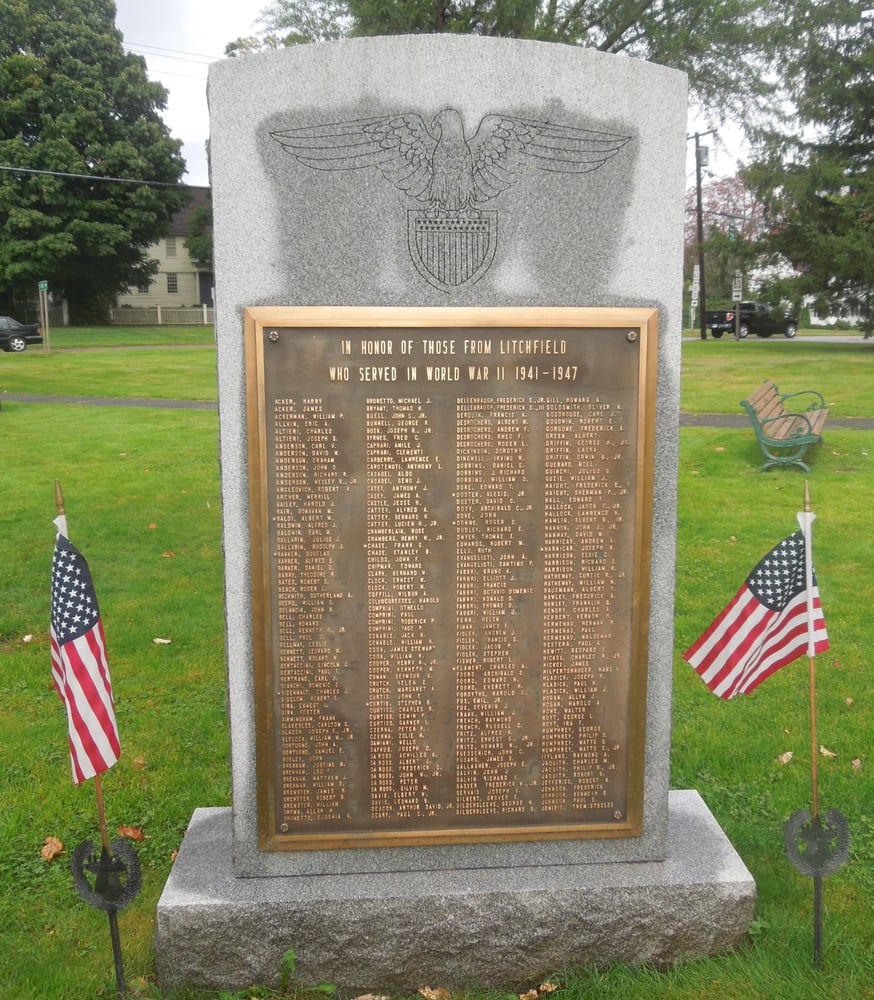 This December 7th marks the 75th anniversary of Pearl Harbor, and while Litchfield County residents tend to think that it was the Revolutionary War that had the greatest impact on our region, the World War II monument on the Litchfield green identifies 480 men from the town who served in the American armed forces. Nearly 250 men from Litchfield County died in the war. Additionally, many area factories were converted to production for the war effort, and many of our towns’s landscapes were altered as a result.

And while many of our town greens have notable World War II monuments, touching memorials also appear in out of the way places, like this one inside Washington’s Congregational Church:

or this one along Route 202 in New Milford, which is particularly noticeable at Christmas time:

As the anniversary of Pearl Harbor allows us to reflect on the war, let’s be sure to remember those sacrifices by our Litchfield County ancestors.