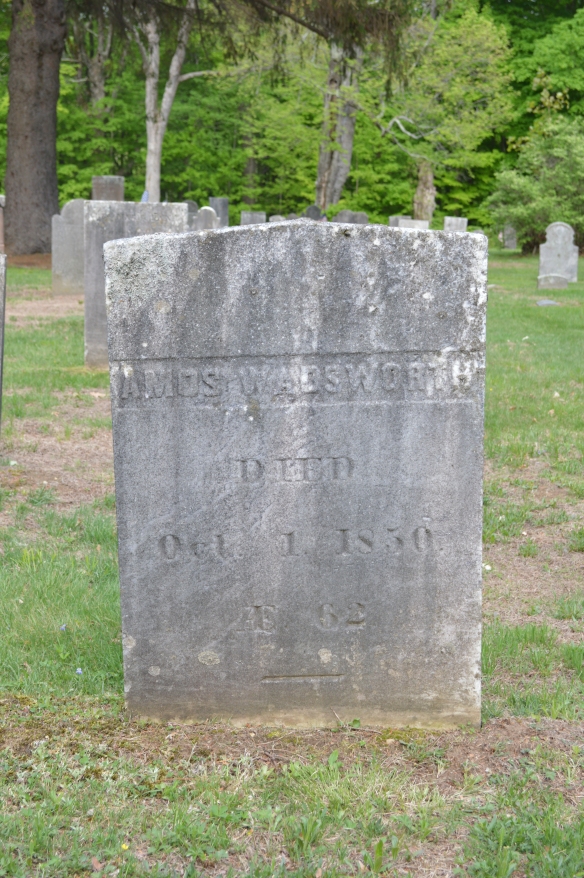 The man responsible for baseball as we know it today was a Litchfield native.

Louis Fenn Wadsworth was born to Amos and Amanda (Mann) Wadsworth in 1825. Amos and Amanda were both Farmington natives. It seems likely that the extended Wadsworth family (including Amos’s brother James and his family) lived at 94 North Street, property they bought in 1819 after taking out a loan with the Phoenix Bank.  Amos and his brother ran a business, J.C. & A. Wadsworth, located “one door west of the court house,” which sold clocks they manufactured in a factory on South Street (where Route 63 intersects with Camp Dutton Road. In fact, one of the few extant references to Amos Wadsworth is a complaint filed against him with the Litchfield Nuisance Committee for putting a fence across what is now Camp Dutton Road). Louis graduated from Hartford’s Washington College (now Trinity College) in 1844, moved to Michigan where his father had land interests (and where Amanda moved after Amos’s 1850 death), and returned to the east coast to practice law in New York City in 1848. Louis is listed as living there in probate records from 1850, when Amos died insolvent in Litchfield, his fortunes fading after a fire destroyed the factory around 1833. While Louis would go on to a career as a judge in New Jersey, it was baseball that was his great passion.

The New York Knickerbockers and Excelsiors, 1859.

In a playing career that lasted from approximately 1850 to 1862, Louis was the first baseman for the New York Gothams, and later the famed New York Knickerbockers. Why he switched playing allegiances remains a mystery, but there is speculation that Wadsworth was paid to do so by the Knickerbockers, an allegation that if true would make Wadsworth one of – if not the – first professional baseball player. Regardless, after four seasons with the Knickerbockers, Wadsworth returned to the Gothams, whom he represented in the Fashion Race Course Games. These were three games played in 1858, pitting the best players from Manhattan against the best of Brooklyn. These games featured many of baseball’s “firsts”: first All-Star game, first games with paid admission, first game played in an enclosed park, and the first time a batter was called out for looking at strike three. (Wadsworth apparently played in the first and third games of the series, which his Manhattan team won, 2 games to 1.) 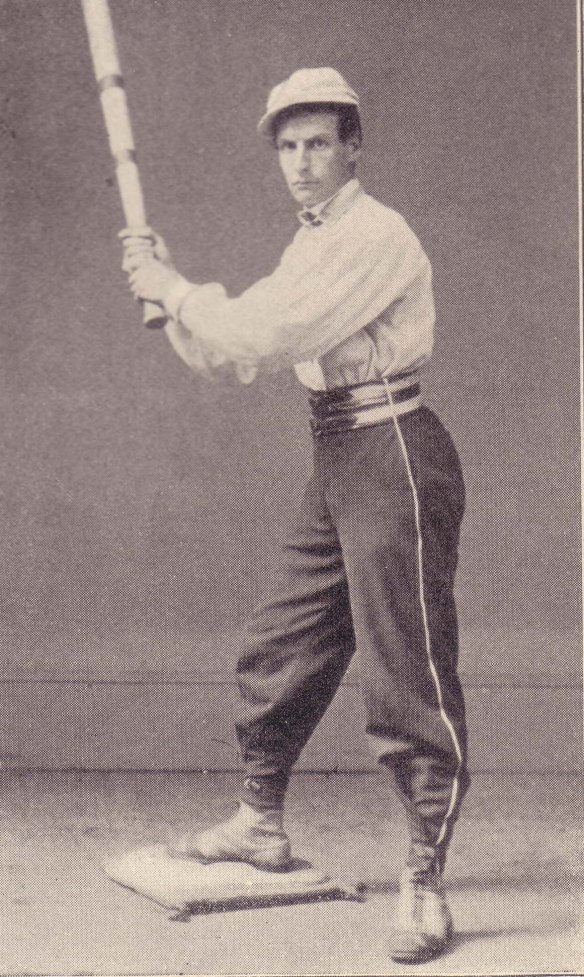 I had almost forgotten the most most important man on the team and that is Lew             Wadsworth. He was the life of the club. Part of his club suit consisted of a white shirt on the back of which was stamped a black devil. It makes me laugh still when I recall how he used to go after a ball. His hands were very large and when he went for a ball they looked like the tongs of an oyster rake. He got there all the same and but few balls passed him. 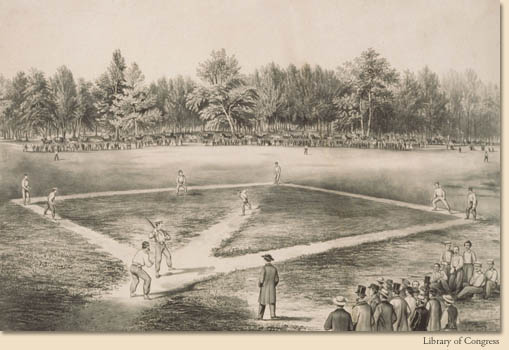 The game that Wadsworth played in 1850 bore only slight resemblance to today’s National Pastime. The distance between the bases had not yet been set to 90 feet, nor was there an officially established distance from the pitcher’s mound to home plate. A rules committee meeting was held on February 25, 1857 to decide these and other provisions for the game. Popular opinion held that games should be seven innings, with teams’ fielding seven players. Wadsworth was something of a lone wolf, arguing that both the number of innings and players be set at nine. 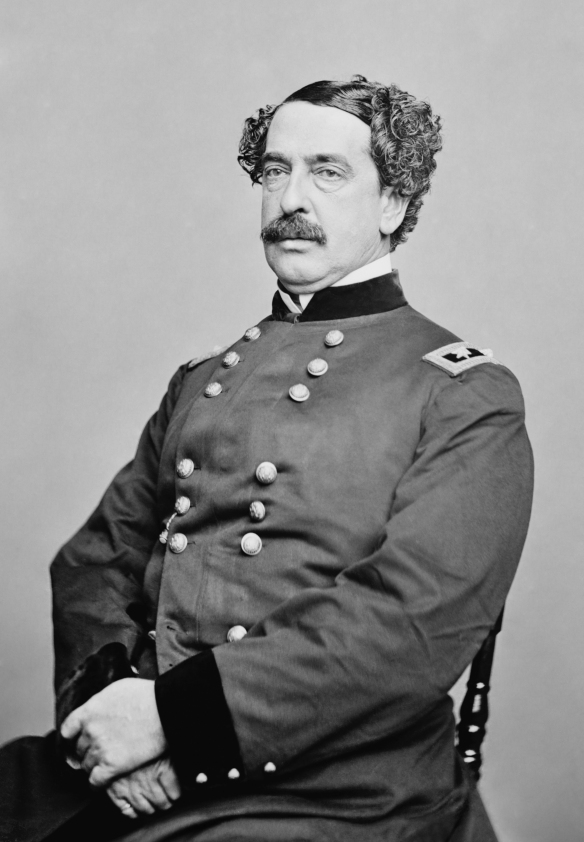 In 1905, a commission was established nominally to establish the origins of the game of baseball, but with the unstated goal of demonstrating that baseball was a uniquely American invention, not a descendant of the English games of cricket or rounders. The commission, the brainchild of sporting goods magnate Albert G. Spalding, was chaired by Abraham G. Mills, a Civil War veteran, attorney, and president of the National League. In 1907, Mills (who was pressured by Spalding into naming Abner Doubleday the inventor of the game), wrote that a Knickerbocker player by the name of Curry made a statement that “a diagram, showing the ball field laid out substantially as it is today, was brought to the field one day by a Mr. Wadsworth.” (There is a discrepancy here, for the Mills Commission states that Wadsworth did this in 1845, a time when Wadsworth was likely living in Michigan.  Did they mean 1854?)

The 1908 Spalding Guide, which contained the report of the Mills Commission on the origins of baseball.

The Mills Commission’s conclusions were first published in Spalding’s Official Base Ball Guide, on March 20, 1908. Wadsworth died eight days later. His last years were unhappy ones. Alcohol led to his professional life falling into disarray, and he squandered a $300,000 fortune (the equivalent of roughly $8,000,000 in today’s money). Wadsworth ultimately committed himself to a New Jersey poorhouse. His obituary in the Hartford Times stated that “in the summer he was particularly interested in following the scores of the ballgames of the big leagues, and of later years, the game was of great object interest to him.”

Many thanks to my friend and colleague Mike DeMazza for his contributions to the research for this post. For more information on Wadsworth and early baseball, see John Thorn, Baseball in the Garden of Eden, (Simon & Schuster, 2012)