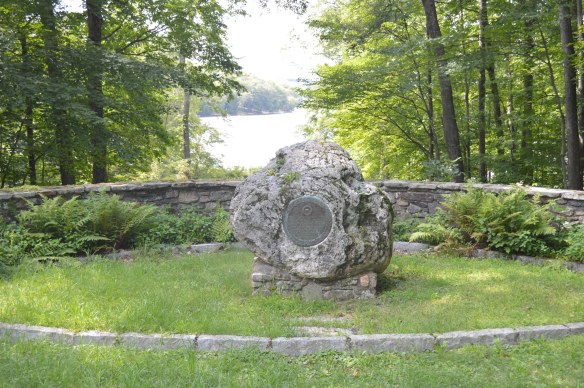 An earlier post examined the memorial to Alain and May White that stands near the Plunge Pool.  That monument, an inscribed boulder in the woods, was erected in 1980.  An earlier monument to these great conservationists stands at the entrance to Sandy Beach. 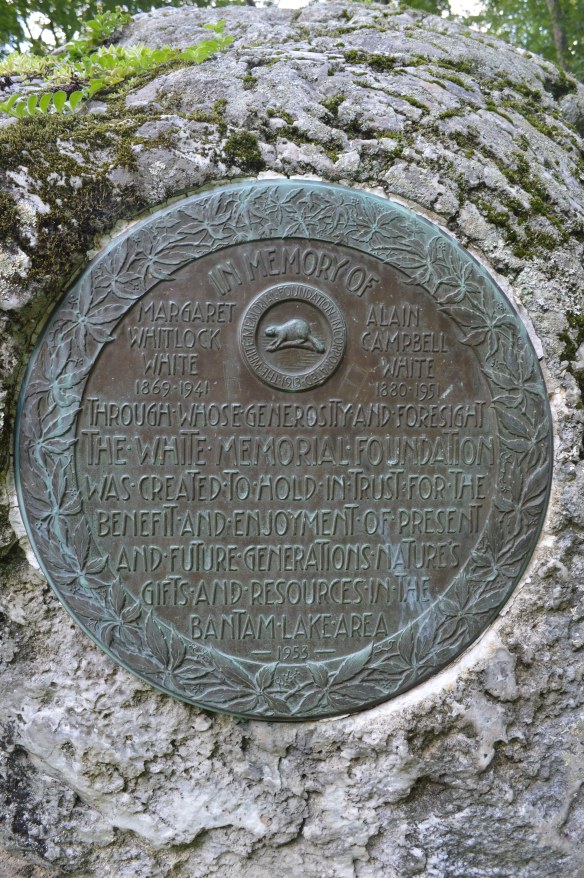 In 1953, the White Memorial Foundation dedicated this monument.  It was designed by James Kip Finch, who served on the Foundation’s board of trustees from 1925 to 1966. 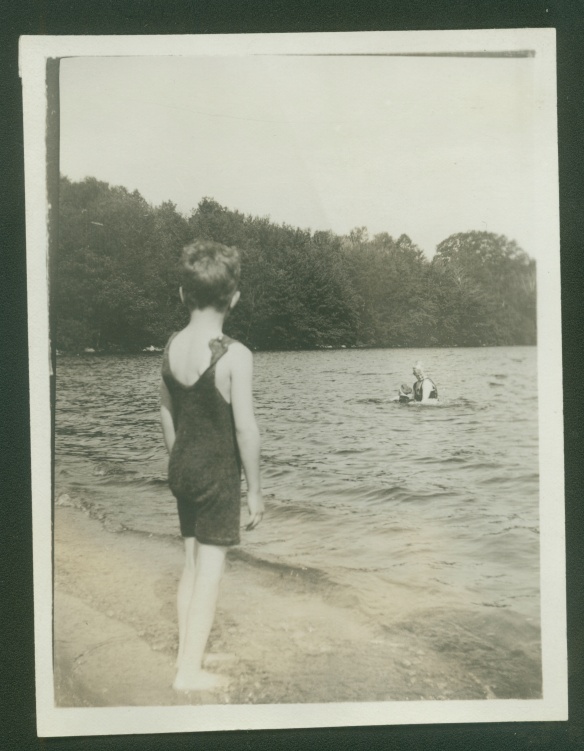 Sandy Beach is an appropriate place for such a memorial, as one of the goals of the Whites was to make Bantam Lake’s shoreline available to local residents.  The Whites purchased the land in the 1920s from the Wadhams family, who farmed the area.  By 1929 Sandy Beach sported 30 bathhouses as well as a concession stand and a float in the lake.  Sandy Beach was widely popular from its inception.  It hosted nearly 650 visitors on a single day in 1929, and 30,000 people utilized the beach in 1930.  The beach offered cheap entertainment to a region facing the Great Depression.

The Whites established the Sandy Beach commission in 1928, which worked with the  Foundation to manage the site.  In 1976 stewardship of the beach passed to the towns of Litchfield and Morris.  After more than 80 years, however, Sandy Beach continues to serve its original purposes of offering local residents a refuge from the summer heat.