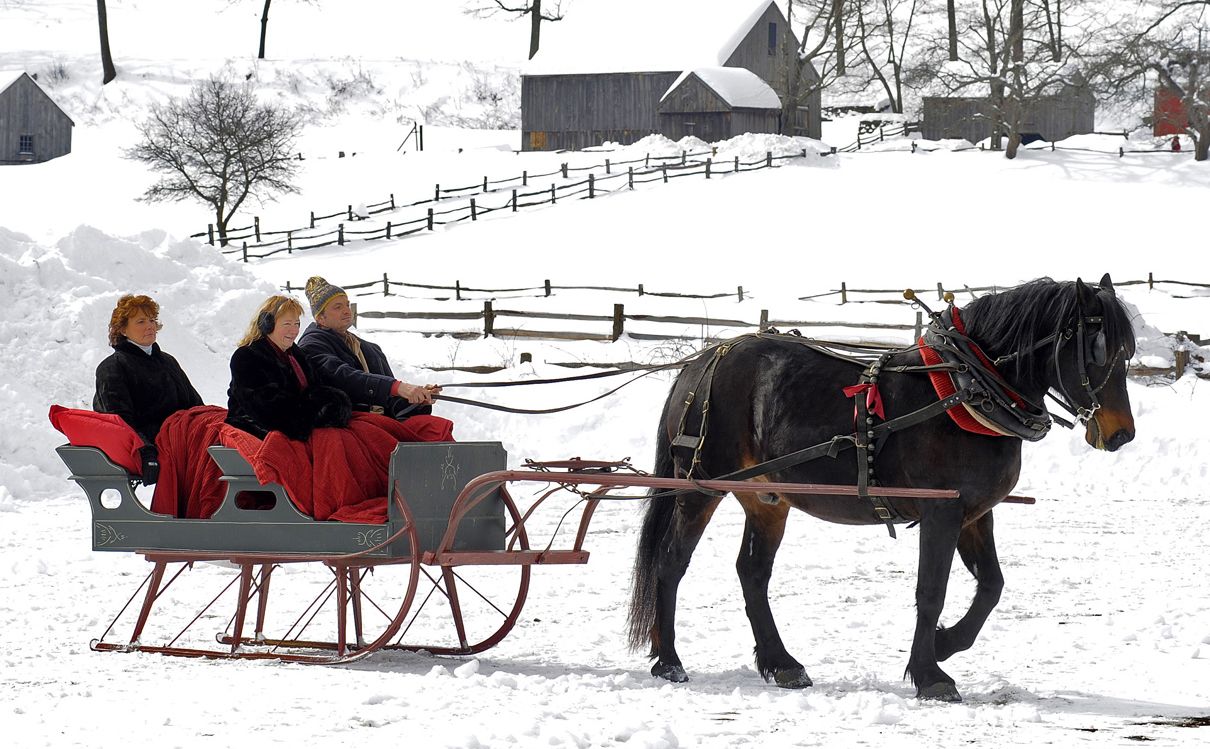 Situated in what appears to be a typical Connecticut rustic barn along Flanders Road in Bethlehem is a holiday and artistic treasure.

Victor Amadeus II was crowned king of Sardinia in 1720.  As a coronation gift, he was presented with a Neapolitan crèche, consisting of 68 figures made of wood, terra cotta, porcelain, and jute.  They represent the Christ child, Mary and Joseph, shepherds, the three kings, and Italian villagers.  Their village is made from the bark of cork trees, and gives insight into the activities of those who lived along the Italian coast in the 18th century.

Following the king’s death in 1732, the crèche was obtained by an Italian noble family, and it made its way to the United States in 1948.  The Abbey  of Regina Laudis was established the previous year, born out of the destruction of World War II.  Mother Benedict Dunn was born Vera Duss in the United States, but lived much of her early life in France.  She spent most of the war in the bell tower of the Abbey of Notre Dame de Jouarre, from which she watched the advance of George Patton’s liberating United States Third Army.  The kindness and sacrifice of the soldiers led Mother Benedict to establish a foundation in the United States.  The nuns were welcomed to Bethlehem by the artist Lauren Ford, who opened her home to the order until they could find a place of their own.  A local industrialist named Robert Leather donated the 400 acres that today comprise the Abbey.  The crèche was a gift of Loretta Hines Howard, who presented it to the Abbey in 1949, in memory of her husband.

Several years later, Mrs. Howard donated a similar crèche to the Metropolitan Museum of arts, where it graces their Christmas decorations every December.  The Metropolitan’s curatorial staff was instrumental in the three-year restoration process the Regina Laudis crèche underwent from 2005 to 2008.  The crèche returned to Bethlehem for Christmas 2008 after the figures had been cleaned and repaired, the original 1720 costumes being hand stitched.

The barn, which itself dates to the 18th century and once belonged to famed local minister Joseph Bellamy, was outfitted with climate control technology to ensure the preservation of the pieces.

To all of those who have taken the time to stop by this blog, a very happy holiday season!

Most New England towns have a monument to their Civil War veterans.  Many also honor their sons who fought in World War I, World War II, Korea and Vietnam.  Bethlehem, Connecticut, is one of the few towns to honor its War or 1812 veterans.

This year marks the bicentennial of the War of 1812.  While the anniversary has been largely overshadowed by the Civil War sesquicentennial, the War of 1812 was an important event in the history of the young American republic.  For the second time in 35 years Americans had stood up to the British, the world’s great power, and had held their own.  The end of the war, followed by the American success at the Battle of New Orleans (word of the treaty reached Louisiana too late to prevent the battle) led to a surge in American nationalism and a spirit of political unity known as the Era of Good Feelings.

The Old State House, site of the Hartford Convention, 1814-15

Still, the war was quite unpopular in Connecticut.  As much of the state’s economy was tied to trade with Great Britain, the state suffered financially from the decision to go to war.  Connecticut’s entire Congressional delegation voted against the war.  Many of Connecticut’s Federalist politicians supported the call for the Hartford Convention, an assembly of leading New Englanders concerned, among other things, with ending the war.  Seven Connecticut representatives, including Nathaniel Smith of nearby Woodbury, attended the Convention, where calls were made for the secession of New England states from the Union.  The end of the war and the results from New Orleans made fools of these men, most of whom saw their political careers ruined.

Residents of Stonington work on fortifications for their town, 1814.

Connecticut’s opposition to the war was manifested in other ways, as well.  While some 10,000 Connecticut men turned out for the war, the state government refused to allow the members of the Connecticut militia to leave the state.  There was little military action in the state.  An contingent of ships was trapped by the British at New London, but the appearance of a large group of state militia allowed the American sailors to escape.  In 1814, a British fleet bombarded Stonington for three days, while $200,000 worth of damage was done to shipping concerns at Essex.

With hindsight, we know that the war had a minimal impact on Litchfield County.  Statewide, there were 233 casualties as a result of the war.  Few families of Litchfield would have felt the effects of the war.  Still, the men of Bethlehem who enlisted to serve knew none of this.  They joined the war effort with the belief that they would be thrust into action against the British, and were willing to make this sacrifice.  It is this patriotic spirit that the town of Bethlehem commemorated with this monument.