Few natives of Litchfield County are as closely associated with the Civil War as John Brown. Born in Torrington in 1800, Brown became achieved national notoriety for his actions during the Bloody Kansas crisis of the mid-1850s. This precursor to the Civil War pitted abolitionists and pro-slavery advocates against each other in a violent struggle to determine whether that territory would be admitted to the Union as a free or slave state. In the course of the conflict, Brown and his sons massacred five pro-slavery residents of Pottawattamie in 1856, and he commanded abolitionist forces at the battles of Black Jack and Osawatomie.

The Collinsville train station in an old postcard. The station is now the Crown & Hammer Restaurant & Pub, the crown and hammer being the symbols of the Collins Axe Company. (Photo courtesy of Jason Phillips)

In 1857, Brown used his new-found fame to launch a speaking tour of New England states, raising money to fund his abolitionist crusade in Kansas. While speaking in Collinsville, Connecticut, in 1857 Brown met Charles Blair, a forgemaster at that town’s Collins and Company, a manufacturer of iron products. Brown showed Blair a Bowie knife captured from a pro-slavery leader at the Battle of Black Jack, and asked what it would cost to replicate the knife, produce 1,000, and attach them to six-foot poles. Brown explained that the weapon would allow anti-slavery Kansas to protect themselves and their property from their pro-slavery neighbors. Brown, however, had another purpose. Well acquainted with military history, Brown knew that pikes were the weapon that was associated with the overthrow of the aristocracy. Could 1,000 pikes in the hands of anti-slavery forces in Kansas end the aristocracy of the slaveholding South?

Part of the Collins and Company complex, along the Farmington River Rail Trail in Collinsville

Blair was skeptical of Brown and his potential uses of the pikes and threw out what he thought was an astronomical number: a dollar a pike. Brown didn’t blink and ordered them on the spot. He would pay in installments. Brown made but two requests, that added to his intrigue: use the handles of common hoes for the pikes, and ship the handles separately from the blades.

This all seemed for naught when the Panic of 1857 hit and Brown’s fundraising tour dried up. Blair, who had made approximately 500 of the pikes, stopped production, fully expecting to never hear from Brown again. 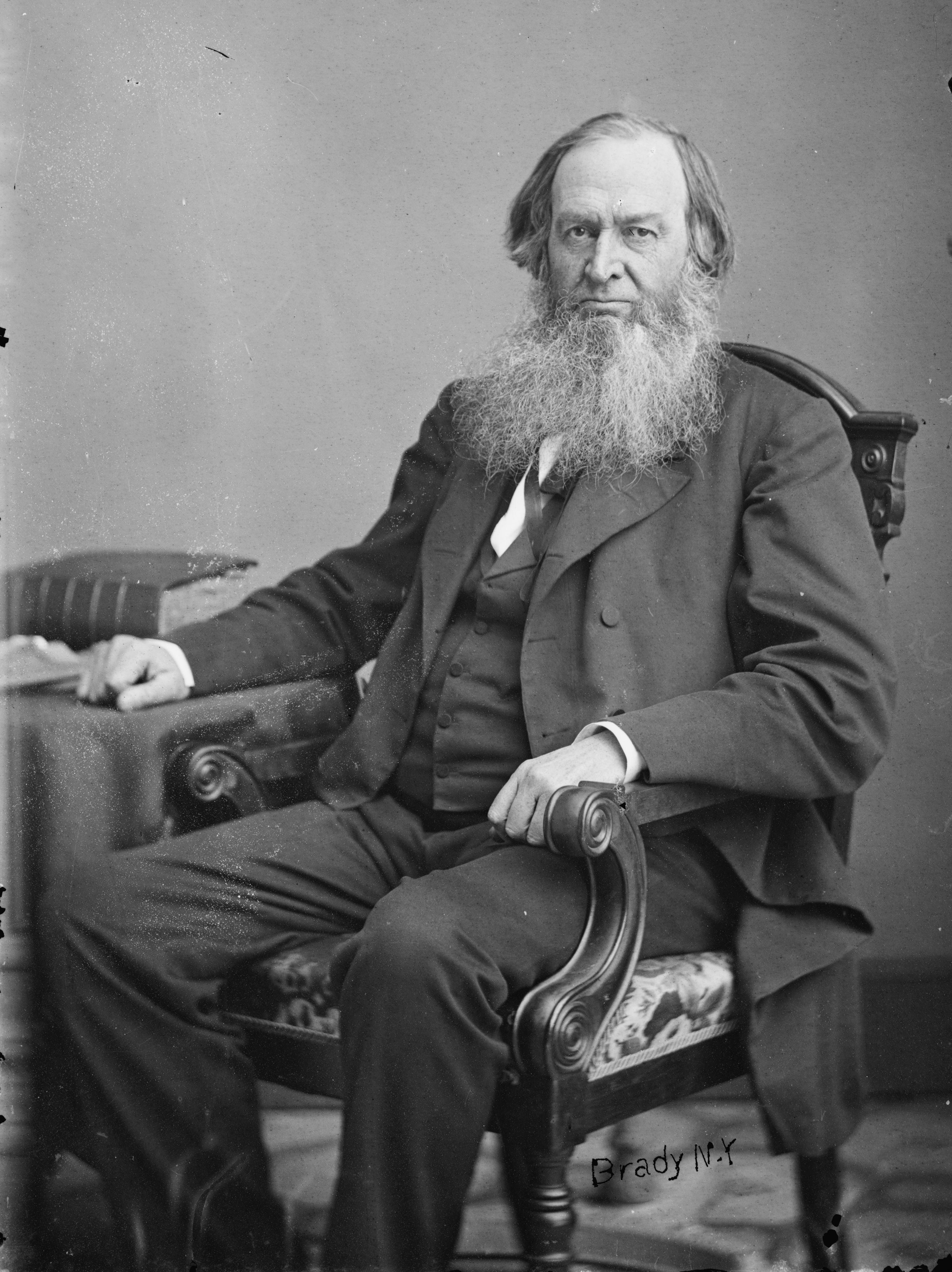 Gerrit Smith, one of the Secret Six. Charles Blair would later testify that some of the money Brown used to pay for the pikes came from a check from Smith.

Brown, however, was nothing if not determined. He turned to private sources of funding:  his famed “Secret Six,” the wealthy abolitionists Thomas Wentworth Higginson, Samuel Gridley Howe, Theodore Parker, Franklin Benjamin Sanborn, Gerrit Smith, and George Luther Stearns. Flush with cash from his wealthy benefactors, Brown, in 1859, unexpectedly appeared in Blair’s shop to pay for the pikes. Blair’s level of suspicion was increased, however, as the Kansas crisis had been settled. What would the pikes be used for, he queried Brown. Brown dodged the question by simply replying that the pikes might be useful to him if they were finished. He further added to the mystery by asking for the pikes to be shipped to Chambersburg, Pennsylvania. Blair carried out the order, crafting 954 pikes, each approximately 10 inches long with a double-edged blade, connected to an ash handle by a single screw. 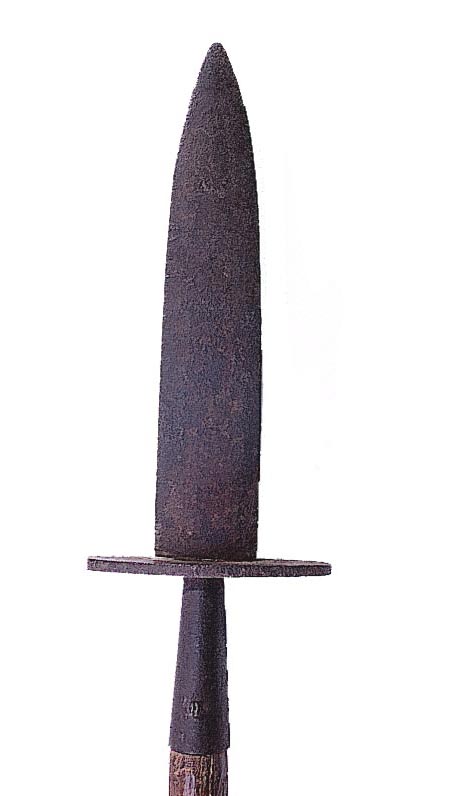 From Chambersburg, friends of Brown secretly forwarded the pikes to the Kennedy Farm in rural Maryland, outside Harpers Ferry, Virginia (today West Virginia), site of a large government arsenal and armory. They would be central to Brown’s plan to raid that town as the first step in instigating a nationwide slave revolt. “Give a slave a pike,” Brown said, “and you make him a man.” Brown entrusted former slave Osborne Anderson with the task of distributing the pikes to those slaves who joined the revolt. When, on October 17, 1859, Brown and his supporters raided Harpers Ferry, between 25 and 50 slaves joined them. The pikes were used to guard hostages, in some cases, the masters of the revolting slaves.

The raid, of course, was doomed to failure, and Brown and his men were surrounded the next morning by United States Marines led by Colonel Robert E. Lee. With the uprising put down and Brown in captivity, Lee assigned cavalryman J.E.B. Stuart, another future prominent Confederate general the task of rounding up Brown’s materiel. At the Kennedy House, Stuart found maps, supplies, and hundreds of pikes, enough to equip a small army. A large group of souvenir hunters quickly appeared, and Stuart allowed each to take fifty pikes. These became hot items, some were cut into smaller pieces to serve as relics, and full pikes were sold at the Baltimore and Ohio Railroad station in Harpers Ferry.

Ultimately, the pikes became prized relics of both pro- and anti-slavery leaders. Abolitionist William Lloyd Garrison considered one of the pikes to be one of his prized possessions. Ardent secessionist Edmund Ruffin sent a pike to each governor of a slave state to be displayed in their capitol building, a constant reminder of the threat to slavery posed by the North. And what of Blair, the Collinsville ironmaster who, perhaps, unwittingly had made it possible for Brown to arm an army of slaves? He was called before a committee of the United States Senate in 1860 to testify about what he knew about Brown’s plans, then returned to Collinsville, where he lived until his death in 1893.

For an excellent discussion of John Brown’s pikes, see this lecture by Professor Jason Phillips of West Virginia University.